Advice from a dental hygienist on interdental cleaning!

With the recent confusing news stories about the benefits of flossing, you could be tempted to steer clear of this method of interdental cleaning from now on. But, before you throw all of your floss away, here are some thoughts from a dental hygienist as to why you might just want to think again.

The majority of these disease-causing bacteria can be found under the gums and between the teeth. So what is the issue with floss?

Recently, the American and British press claimed that flossing was a waste of time, as there was little evidence to support it. This has been met by the dismay of many in the dental profession. The official position of the British Society of Periodontology is that interdental cleaning is extremely important but is best achieved by the daily use of bottle (interdental) brushes.

However, any gaps that are too small for these brushes should be cleaned with floss. Even though these gaps are small, they’ll still fill up with a surprising amount of harmful bacteria.

Not convinced? Next time you floss or use a little brush, take a whiff of the debris you have just removed. This is often the source of ‘bad breath’ or halitosis, another good argument for cleaning in-between teeth.

When you look deeper at the debates regarding floss, some of the differing opinion stems from the fact that public health information messages often promote advice that benefits the majority of people but is not always applicable to everybody, and this includes flossing.

“The fact that many people struggle to floss with an effective technique and often quit flossing altogether, it’s no wonder that floss is under scrutiny.”

Healthy people with low levels of gum inflammation and have diets with low tooth decay risk may well find they can get away with cleaning interdentally much less frequently than the average adult. Combined with the fact that many people struggle to floss with an effective technique and often quit flossing altogether, it’s no wonder that floss is under scrutiny.

One thing to bear in mind here is that it’s floss that’s under scrutiny not the little bottle brushes that are used between teeth. The evidence still suggests these interdental brushes are hugely beneficial, particularly to people with unhealthy gums.

So, how does the average person know if they are one of these lucky individuals that might not need to floss? Frankly, it’s a risky gamble if you try to assess this one on your own.

Ideally, every adult should each work with a dental hygienist to create a preventive home-care plan that takes into account the individual’s risk factors. For many people, the risks of not interdental cleaning are massive and can have catastrophic results, such as multiple tooth loss. Periodontal (gum) disease affects 43% of adults in the UK, and an even more shocking fact is that it is largely a preventable condition.

“For many people, the risks of not interdental cleaning are massive and can have catastrophic results, such as multiple tooth loss.”

The primary cause of periodontal disease is plaque; the thicker and more mature plaque gets, the more pathogenic (disease causing) it becomes. If undisturbed by a toothbrush, bottle brush or floss, the plaque bacteria start to release biochemicals that irritate the gums. These same bacteria create the obnoxious gases that give off the distinctive odour of bad breath. The constant irritation of the gums eventually causes the breakdown of the underlying tissues that hold the teeth in, causing loosening of teeth, possible infection and eventual tooth loss.

Sadly it’s a daily occurrence in UK dental practices that many adult patients are diagnosed with gum disease who had no idea how important interdental cleaning is.

So, before you throw away your floss or bottle brushes, talk to your dental care providers and ask them to help you create a bespoke oral home care plan to ensure gum disease doesn’t become the demise of your smile! 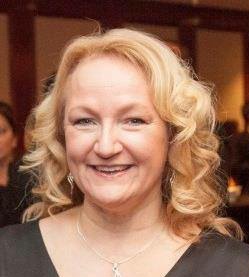 Jo qualified as a dental hygienist in Leeds in 1988 and currently works in general practice in Crewe. She is Mum to 2 teenage girls Amy and Sophie. In her spare time she enjoys modern jive dancing, playing her saxophone and watching rugby league.

In 2014 Jo was awarded The Dentistry Show’s ‘ Most Outstanding Team Member’, was highly commended at The Hygienist and Therapy Awards and in 2015 was voted ‘Dental Hygienist of the Year’ at the Dental Awards ceremony.

How to inspire positive perceptions of oral hygiene education

Amber Ojak shares her game-changing EME (Educate, Motivate, Encourage) approach to bridge the gap between your patients’ home routine and what’s taught to them in practice… Prevention is a growing priority for the dental profession…

The COVID-19 chronicles: an associate’s view

At last, we’re back. There appears no sweeping changes to the NHS in the short -term. Long-term, many cross fingers it’s not back to UDAs. It’s galling it took a pandemic for decision makers to…

Friday 20th March is World Oral Health Day, a day dedicated to raising awareness about good oral hygiene and its impact on oral and general health. To help you look after your mouth and keep…