Andy Elwood shares his insights into some of the challenges men face regarding well-being and mental health.

This interesting BoDcast highlights some of the indicators we can look out for and how others can support. 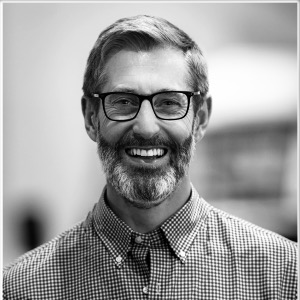 Andy saves lives. His approach is different, refreshing and unique. He campaigns, speaks and is a Mental Health First Aid instructor.

Andy sparks conversations which enables culture change regarding Mental Health and Wellbeing for individuals and organisations. He creates safety and trust by sharing his own vulnerability and gives a unique ‘behind the scenes’ insight into life and death situations on Search and Rescue helicopters, on the Afghanistan battlefields during military service and to the potential downward spirals due to 21st Century pressures.

Andy has a male focus and believes that mental health deserves parity with physical health. His unique approach to communicating with men is driven by the fact that men are three times more likely than women to end their life by suicide.

After 18 years working on rescue helicopters around the world, he believes that focusing on mental health will save more lives than continuing to dangle under helicopters, as a paramedic. Andy’s Search and Rescue career began with the Royal Air Force and was completed in the Coastguard, where he led Clinical Governance for half of the UK. Despite Andy’s various awards for physical courage, he believes his bravest action has been to talk openly about his own struggles and vulnerability, in order to find a way through three very different challenges during his lifetime.

Andy brings people together by normalising the conversation and encouraging others to join his eye-catching campaigns, such as #itsoktotalk ‘Big22’ video (45,000 views), founding #MenDoLunchDay 2018, & driving his 1973 Land Rover around Northern England and Scotland promoting a Wellbeing and Resilience Framework for a national organisation. (A short film of this tour will be released 2020). Future projects include ‘Chinwag Curry Club’ & retreats for men.

Since HRH Duke of Cambridge attended Andy’s Mental Health workshop, at the UK Search and Rescue National Conference in 2018, he has been engaged as a speaker by organisations such as University of Cambridge Medical School; Jacobs (construction industry); Scottish Mountain Rescue; Emergency Services Show (NEC) and Mind Blue Light Programme.

Find out more at https://www.andyelwood.com/

One man walking a million talking

In this weeks episode of Bodcast we are joined with John Gibson, who is about to embark on a mammoth journey across the UK to raise awareness around suicide prevention and encourage everyone to have a…

Managing the welfare of your team

In this weeks episode of bodcast, Michael Bentley, Patient experience manager and dental business consultant talks about looking after the welfare and wellbeing of your team and shares practical ideas you can start implementing in…

Loneliness and isolation in dentistry

In this latest episode of Bodcast, Hussein Hassanali, Associate Dentist at Woodthorpe Dental Centre catches up with Dr Mahrukh Khwaja, CEO of Mind Ninja, to share their thoughts and personal experiences of loneliness in dentistry…