How effective teamwork can lead you to success

When it comes to teamwork, the principles behind pulling together to achieve your goals remain the same, whether in business or in sport. Here, Lewis Moody, retired English rugby union player who was part of the 2003 World Cup winning side, shares his view on the importance of teamwork!

“I believe that teamwork is essential; you need a team of good people around you who can help to get you across the line. For me, the key to motivation is really understanding the individuals within your team, because people are driven by different things; some people, for instance, need positive affirmation the whole time whilst others need critical feedback, like I do.

What’s more, I think that if you want to achieve a successful outcome, the goals have to be driven by the team. If instead you have a leader who sets goals, it can be very difficult to get the rest of the team to buy into it. Then those agreed goals need to be task-driven, to help you achieve your win. In rugby you can have goals around the level of performance and I don’t think dentistry is any different. We might focus on the number of tackles we want to make in a game, whilst a dental team might focus on getting a certain number of new patients through the door each month. You can set your own parameters and guidelines, and then work to create that win as a team.

” I think that if you want to achieve a successful outcome, the goals have to be driven by the team.”

Of course, goal setting often means change, which tends to puts the fear of God into people; that’s just human nature. However, the comfort provided by the status quo never really allows us to attain any of the goals that we might otherwise reach. So, for me, I think it has always been about striving to reach a new goal or a new ambition. They don’t have to be enormous goals, so you can take small steps, one at a time, out of your comfort zone if that seems more manageable.

Being able to delegate is also key to successful teamwork – you have to know your own strengths and weaknesses, and when someone else is going to be better at a job than you might be. When I was first made captain, I got so bogged down in taking on all the responsibility and making sure everyone was okay that I completely forgot about my own performance. And then in the next game, I played an absolute shocker, but I was able to reflect on my performance and improve the situation for all of us on the team.

On a more personal level, in 2005 I was diagnosed with ulcerative colitis. For a long period of time I tried to keep it quiet because I’d had a number of injuries in my career, and I didn’t want to give the coaches another reason not to pick me to play. And I didn’t want the players to know as it’s embarrassing, quite frankly. But then after two years or so keeping that secret had become really stressful in itself!

“When times are bad, you can rely on a good team to be there for you.”

So I decided to tell a few of my closes mates, and their reaction was positive. I found there was actually nothing to be worried about and told more people; the team came together to support me. This just goes to show whatever area you work in, having the support network that a team can provide is very much like a family. When times are bad, you can rely on a good team to be there for you. It doesn’t even have to be saving the day or anything dramatic; just being normal around you, being willing to listen, is actually as important as anything else when it comes to overcoming challenges. 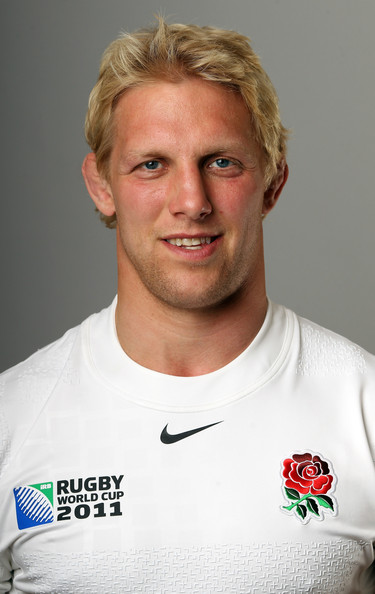 Lewis Moody MBE is known as one of England’s finest and most charismatic rugby players as well as the most capped England flanker.

The benefit of personal progress interviews

Practice Plan Regional Support Manager, Josie Hutchings, looks at why ‘personal progress interviews’ are better than appraisals and how you can get the most out of them… When it comes to reviewing the performances of…

How to future-proof your practice (and your life)

There have been many lessons to learn over the past two years, but perhaps one of the biggest is that the future is unpredictable and uncontrollable. Which means that there’s an even greater reason to…

Stop firefighting and concentrate on being a great team leader

Business Coach, Chris Barrow explains why, after two years of dealing with the problems caused by the pandemic, it’s time to adopt a different attitude and start looking to the future again and developing our…