How to get started on social media

In this episode of Bodcast, host, Branding and Communications Coordinator, Becky Hargreaves is joined by Wesleyan’s Social Media Manager, Richard Eccleston. Together, they explore how you can adopt social media as a marketing tool in your dental practice, providing you with practical hints and tips that you can take away and implement. 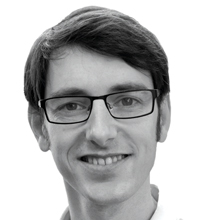 Richard became Wesleyan’s Social Media Manager in 2015 having been actively building audiences on social media for more than 8 years previously.

Richard joined Wesleyan from West Midlands Police, where he set up and ran their social media strategy as Social Media Champion. This work included a number of innovative firsts, including several 24-hour tweetathons, as well the world’s first police Snapchat channel and an award-winning ‘Photo of the Day’ project.

Since arriving at Wesleyan, Richard has worked hard to build the Society’s social media following, with numbers tripling in just 18 months. He has also integrated social media into a number of Society-wide campaigns to generate further leads, sales and appointments. This work was recognised at the Financial Services Forum Awards in 2016.

Richard is the reigning Wesleyan Retro Gaming Champion – a prize he aims to keep a hold of until the end of days.

Find out more about Bodcast!

Les Jones, Creative Director at Practice Plan shares his top tips for making your website stand out to potential new patients. What you’ll hear: Looking at your website from a patient perspective How do you…

A conversation with Shaz Memon

Les Jones talks to Shaz Memon about COVID-19 business survival planning. After the success of his sell out book, Instagram for Dentists, Shaz shares his insights to support dental practices in navigating through this difficult…

Practice Plan’s Videographer Fern Lloyd explains how you can get engaging video content for use on your website and social media channels, using just your smartphone. She covers the different types of videos you can…